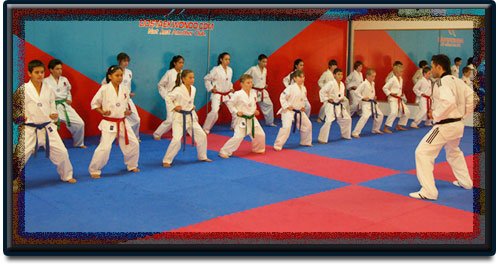 Figuring out which form of martial arts to master is hard to determine, in addition to selecting the best membership to join. Taekwondo Australia offers a variety of choices when it comes to clubs or schools for taekwondo.  If you want to start your training with the best and make your way up the ranks as quick as possible, choosing the most appropriate club with highly trained instructors is the key.

What is Taekwondo Australia?

Taekwondo is a very famous martial art that originated in Korea during the 1940s. It is known for its art of kicking. This form of martial art includes a combination of techniques used in combat and self-defense along with sport and exercise.  As of today, taekwondo is a popular sport where many compete through sparring, breaking, patterns, and self-defense, which is often referred to as “hosinsul”.  In the Olympics, taekwondo is the only form of martial arts that is a sport Olympic Game and also recognized as a competition where countries are brought together to compete in the form of sparring.  With the help of the best gym in Taekwondo Australia, you or your children may be the next Olympic Gold winner.

The word “taekwondo” can be broken down into three words – “tae”, “kwon” and “do”.  “Tae” in Korean means “to strike or break with foot”.  “Kwon”, on the other hand, means “to strike or break with fist”.  And “do” in Korean means “way”, “method”, or “path”.  When joined together, “taekwondo” or “taekwon-do” means “the way of the foot and hand”. It is also a form of martial arts that aims to unite the practitioner’s mind and body into a single, concentrated force capable of swiftly overpowering and aggressor regardless of their size, age or strength.

In comparison to the different forms of martial arts, Taekwondo features more emphasis on high kicking and fast hand techniques.  Since the leg is known to be the longest and strongest part an individual has, taekwondo then focuses more in kicks where different forms and exercises are centered mostly on the development of the legs.  With proper training and development, kicks are known to have the greatest potential for executing powerful strikes without retaliation.

Although there are numerous taekwondo gyms and instructors to choose from, all have different styles of teaching and practices. To ensure that you and your child achieves the wonderful benefits of taekwondo, you should consider a club that has it all.  Choosing the best is essential as it would be the factor of your development especially if you wish to join in various competitions.  If you want to find the best gym near you, you would want to know the instructors well and would also want to research if that gym has made any remarkable taekwondo enthusiasts.

Taekwondo Australia offers not only martial arts but also self-development. It is not always about defending yourself and winning against the opponent. Thus, it is about values and teachings that we can apply in our real lives such as self-control, discipline, integrity, perseverance, sportsmanship, respect and many more. In other words, Taekwondo Australia can help you become physically and mentally strong.

If you live near the suburb of Caringbah in the Sutherland Shire and if you’re looking for a taekwondo club near you then you are in luck because DOS Taekwondo brings out the best in Taekwondo Australia. DOS Taekwondo is the perfect club for all your martial art needs. With the help of their friendly yet professional instructors, you will definitely be a black belt in no time.  A black belter that is recognized around the world through Kukkiwon taekwondo headquarters. Which means, anywhere you go, your black belt will always be acknowledged.

Dos Taekwondo offers the best Taekwondo Australia lessons! We are a professional, great, and fun Taekwondo Club for everyone! Contact us at  1300 338 919!
You can also read our other articles about Best Martial Arts for Kids | Why Kids Should Learn It, Martial Arts Castle Hill | Taekwondo Martial Arts Master.

You are on this page because you want to know about the Taekwondo basic moves in Clubs in Sydney, right? ...
Read More
August 29, 2018

Female boxing classes Sydney are continuously growing more popular all over the world. It is now available for everyone who ...
Read More
February 14, 2018

By considering to enroll your children in kids self defence Sydney program, it is already established that you want them ...
Read More
February 14, 2018

What is the first thing experts would recommend when it comes to pre-exercise routines? The answer to this is to ...
Read More
January 17, 2018

Martial Arts instructors are undoubtedly the heroes who help students reach their full potential. They provide you with the passion ...
Read More
January 17, 2018

Hundreds of ideas for birthday parties are reused over and over again. The most common ones include cowboy theme, space ...
Read More
December 12, 2017

Kickboxing Western Sydney is one of the most popular martial arts practiced worldwide. It attracts a lot of new students, ...
Read More
November 20, 2017

What else can I learn from Adult Taekwondo Classes? Most people take up adult taekwondo classes to gain physical strength ...
Read More
November 20, 2017